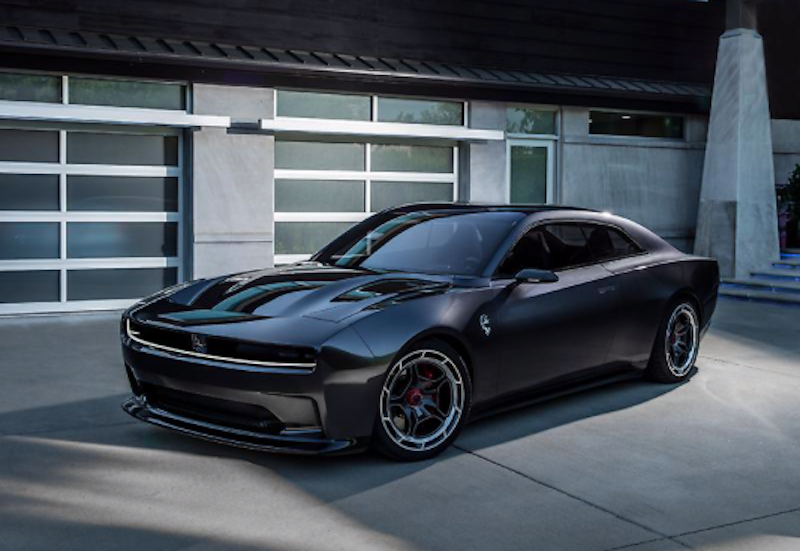 Dodge is taking a step toward an electrified future, revealing the Dodge Charger Daytona SRT battery-electric vehicle (BEV). A new propulsion system drives the Charger Daytona SRT Concept with performance that exceeds the Dodge brand's famed SRT Hellcat engine, accompanied by an industry-first BEV exhaust sound.
The concept features:
"The Dodge Charger Daytona SRT Concept exists because performance made us do it," said Tim Kuniskis, Dodge brand chief executive officer - Stellantis. "Dodge is about muscle, attitude and performance, and the brand carries that chip on its shoulder and into the BEV segment through a concept loaded with patents, innovations, and performance features that embody the electrified muscle of tomorrow." For further information see the IDTechEx report on Electric Motors for Electric Vehicles 2022-2032
"One day ago, the brand's first-ever electrified performance vehicle was unveiled, the all-new 2023 Dodge Hornet. Today, we revealed a peek at our eMuscle future with the Dodge Charger Daytona SRT Concept. When we said it was going to be an electric summer for Dodge, we meant it."
Dodge's 800V Banshee propulsion system powers the concept car, making Dodge's first electric vehicle faster than a Hellcat in all key performance measures. The standard all-wheel-drive system is key to pushing beyond Hellcat performance while also improving all-weather capability. The concept also boasts a PowerShot push-to-pass feature. Activated by the push of a button on the steering wheel, PowerShot delivers increased horsepower for a quick burst of acceleration.
Dodge is part of the portfolio of brands offered by leading global automaker and mobility provider Stellantis.
Source and top image: Stellantis