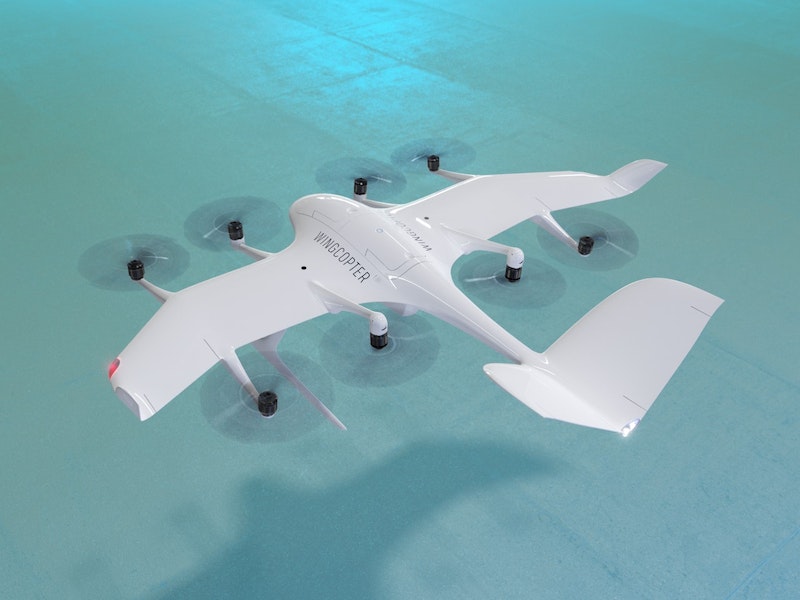 German drone delivery pioneer Wingcopter is delighted to announce that the Federal Aviation Administration (FAA) has issued the Special Class Airworthiness Criteria for the Wingcopter 198 US unmanned aircraft. This approval marks a critical milestone in the certification process of Wingcopter's flagship eVTOL delivery drone in the U.S.
With the Airworthiness Criteria, the FAA defines technological requirements under title 14, Code of Federal Regulations (14 CFR), § 21.17(b) that must be met to have an aircraft type-certified for regular commercial operations in the U.S.
Besides its efficient design for commercial and humanitarian delivery missions, the Wingcopter 198 was engineered from the ground up to meet stringent safety standards. In the development, Wingcopter was able to leverage the operational experience of more than five years with the company's first delivery drone type in various geographical settings, from the Arctics to the Middle Eastern desert and from remote islands in the South Pacific to San Diego Bay in the U.S. For further information see the IDTechEx report on Drone Market and Industries 2021-2041
Since applying for the Special Class Type Certificate in March 2020, Wingcopter has collaborated closely with the FAA. The issuance allows Wingcopter to focus its development efforts even more on what the FAA deems necessary for this particular aircraft to receive certification quickly and efficiently.
"We are proud to be among the first delivery drone companies worldwide to ever get their Airworthiness Criteria approved by the FAA. This is a very important milestone for us, not only in our Type Certification Process in the U.S., but also for our international expansion efforts and for achieving our vision of building logistical highways in the sky. I would like to thank my team as well as the FAA for all the effort and great collaboration to reach this milestone," says Tom Plümmer, Co-Founder and CEO of Wingcopter.
Once type-certified, Wingcopter will be able to fly conventional routes through airspace and over populated areas, ultimately providing the basis for scaling commercial drone delivery operations across the U.S. that will help save and improve lives. The certification is expected to also have a positive impact on Wingcopter's further certification efforts such as with ANAC in Brazil or JCAB in Japan.
As a fast-growing technology and delivery service company with global ambitions, Wingcopter is continuously looking for talent in various fields, from software engineering and hardware development to flight testing, production, sales as well as Drone-as-a-Service operations. Today, the company employs 120 people from more than 20 countries.
About Wingcopter
Wingcopter is a German manufacturer of eVTOL, fixed-wing unmanned aircraft systems (UAS) and provider of drone delivery services, focused on optimizing medical supply chains, as well as last-mile logistics of packages, tools, spare parts, food, and groceries. The 120-strong team is dedicated to improving and saving lives worldwide through meaningful commercial and humanitarian applications. Thanks to its patented tilt-rotor mechanism and software algorithms, the Wingcopter 198 can take off and land vertically like a multicopter, while flying long distances as efficiently and quickly as a fixed-wing aircraft, even in rain and strong winds. Wingcopter is a WEF Technology Pioneer. Wingcopter's investors include Xplorer Capital, Futury Capital, ITOCHU, DRONE FUND, SYNERJET, Expa, Hessen Kapital III, and Corecam Capital Partners. Find out more at {{www.wingcopter.com or on Twitter, LinkedIn and Instagram.
Source and top image: Wingcopter