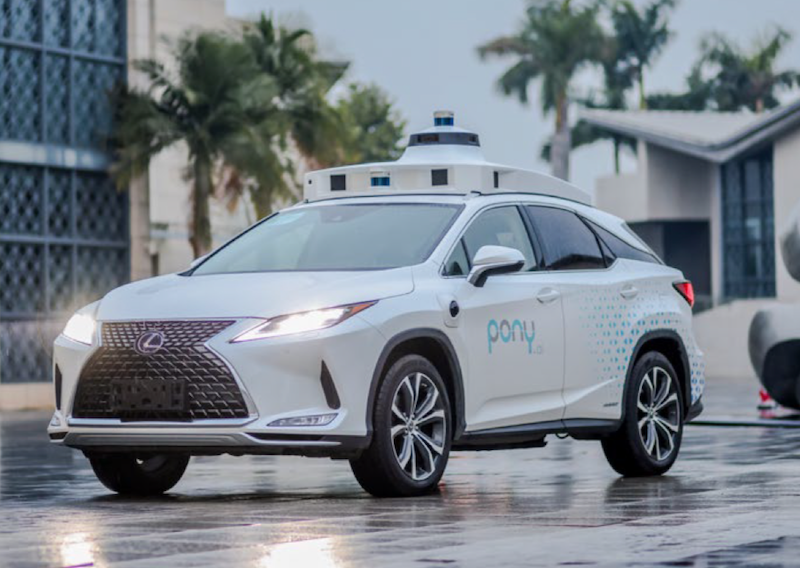 The general public in Beijing, China, will be able to experience driverless robotaxis for the first time. Pony.ai was one of two robotaxi operators awarded a permit by Beijing city authorities to offer driverless service in southeastern Beijing. (Pony.ai has had a permit to driverless test since October 2021 but not with the general public in the car.) To ensure safety during this pilot program, a Pony.ai safety supervisor will sit in the front passenger seat. This new program, which is free to the rider, is in addition to an existing test program in which Pony.ai can offer fee-charging robotaxi service to the general public that retains a safety driver behind the wheel monitoring the ride.
Pony.ai is now approved to conduct public facing driverless robotaxi rides in a 60 square kilometer (23.1 square mile) area in a Pilot Zone in Yizhuang, Beijing - triple the operating area from the previous driverless 20 square kilometer testing area. Approximately 300,000 residents in the area can now hail a driverless Pony.ai robotaxi using the PonyPilot+ app from 9am to 5pm. Hundreds of pick-up and drop-off locations include public facilities such as subway stations, parks, and stadiums, alongside central business centers and residential areas. For further information see the IDTechEx report on Autonomous Cars, Robotaxis & Sensors 2022-2042.
"Pony.ai's approval to operate driverless robotaxis in Beijing is a critical milestone in the transition from testing driverless autonomous vehicles within Pony.ai to offering driverless robotaxi rides to public passengers," said James Peng, co-founder and CEO of Pony.ai.
To obtain this driverless permit, the company passed stringent safety test qualifications and criteria, including: driverless navigation of unprotected left-turns, temporary construction zones, smog, heavy rain and snow conditions, drivered mileage, and the number of orders received.
"Since the launch of driverless testing, Pony.ai has demonstrated the technical quality of our system by successfully handling a wide range of extreme and complex scenarios. We did this by conducting multiple technical validations and iterations of driverless scenarios, and by improving system redundancy design, remote assistance platform development and fleet operation management," said Tiancheng Lou, co-founder and CTO of Pony.ai.
Pony.ai received approval to conduct driverless testing without passengers in Beijing in October 2021 and in November 2021 became one of the first two autonomous driving companies to start charging fares for robotaxi services in Beijing. In Guangzhou, Pony.ai started driverless testing in June 2021 and recently became the first and only autonomous driving company to receive a taxi license in China. This Guangzhou license officially permits Pony.ai's autonomous vehicles to operate as taxis, a milestone for the commercialization of robotaxis in China. As of April 2022, Pony.ai's autonomous vehicles have driven over 11 million (6.8 million miles) real-world autonomous kilometers globally, including over 200,000 (124,000 miles) driverless kilometers.
Source and top image: Pony.ai