Refrigerated Warehouses May Soon be Storing More Than Food 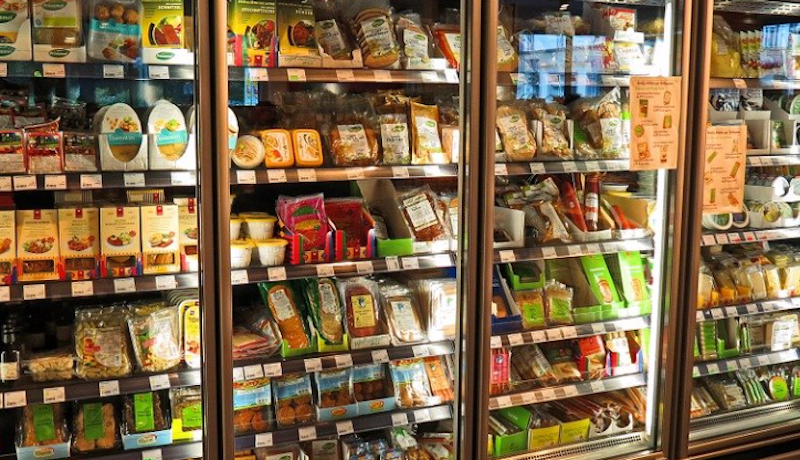 Refrigerated food warehouses consume large amounts of electricity and produce significant amounts of waste heat. A novel energy storage technology developed with EU funding will improve the sector's energy profile, support renewables, and contribute to Europe's ambitious carbon neutrality and sustainability plans.
Warehouses are integrating electricity from renewable energy sources (RES) and the trend will only increase, making stabilisation of the intermittent energy they produce important to the low-carbon transition. This can be done by storing energy from RES when available and then either using the energy locally or providing it to the grid when demand is high. On-site storage provides industries with greater control and more flexibility when it comes to energy management. The EU-funded CryoHub project developed a novel energy storage concept supporting warehouse refrigeration and grid stabilisation and tested it in an industrial-scale demonstrator. For further information see the IDTechEx report on Potential Stationary Energy Storage Technologies to Monitor.

A simple thermodynamic cycle is a step in the 'green' direction

Cryogenic energy storage (CES), also known as liquid air energy storage (LAES), is a promising, long-duration energy storage technology that relies on well-established and relatively simple engineering processes. Excess electricity is used to cool, compress and liquefy air or nitrogen that is then stored in an insulated and pressurised vessel. The liquid can be heated and evaporated when needed, and the expanding gas can be used to drive a turbine and generate electricity. The first CES facility was built a few years ago in the United Kingdom.
"CryoHub developed a CES concept and installed an industrial-scale demonstrator at the Frigologix cold storage warehouse in Belgium," explains Judith Evans of London South Bank University, project coordinator. The demonstrator provided cooling to a cold storage warehouse and electricity to the grid during generation. A thermal store was developed to store the cryogen for later use.
The energy profile could be significantly improved in future developments by harnessing waste heat and utilising it to enhance the efficiency of pumps and turbines, notes Evans.

Opportunities and barriers to commercialisation

The demonstrator, together with feasibility and viability studies, shed light on key directions for future work. A pioneering European map of cold storage capacity and energy use for large-scale refrigerated warehouses and food factories was overlaid on RES availability to find the most promising locations. Analyses revealed that the technology's potential for uptake depends not only on a region's demand for food storage but also on its economic and technological level. Larger warehouses and consequently larger CES systems are currently more suitable for the CryoHub technology due to the relatively high cost of small-scale CES systems, resulting in the lack of a competitive market for them as shown by a financial viability study. Regardless, bigger differences between peak rate and other tariffs as energy prices become more volatile could enhance the financial viability of LAES, as could government incentives for energy storage. Eighty percent of stakeholders surveyed were interested in investing in CryoHub technology to varying degrees. Evans concludes: "Continued research and development could bring the CES technology for the refrigerated warehouse sector to market, enabling low-carbon cooling while reducing energy costs and utilising RES at its source."
Source: CORDIS
Top image: Pixabay