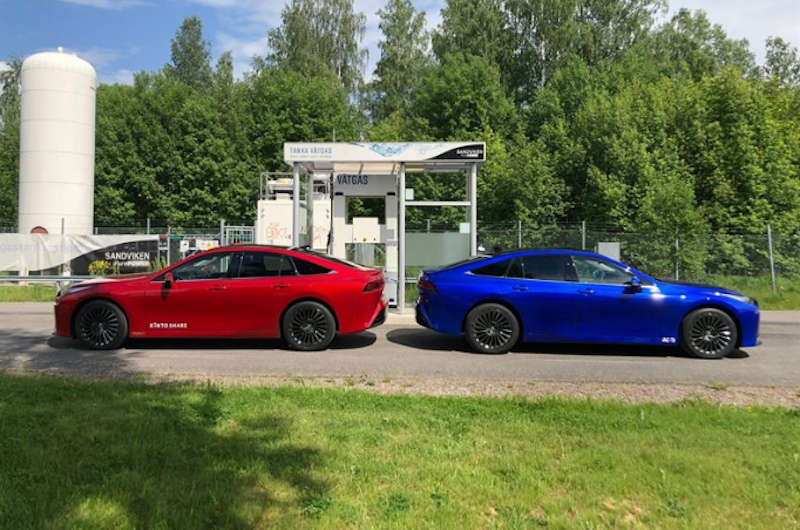 Hynion has entered into an agreement to supply buses in Sandviken, Sweden, with hydrogen and, at the same time, take over Linde's hydrogen filling station in Sandviken to provide hydrogen fuel to buses as well as to the cars.
With the acquisition of the hydrogen station in Sandviken, Hynion will become Sweden's largest supplier of zero-emission hydrogen fuel. With three stations in Gothenburg, Stockholm and Sandviken, the company now has a good starting point for developing the hydrogen market in the transport sector.
The transportation company Transdev has recently invested in two hydrogen buses and will soon put these buses into regular traffic on behalf of X-trafik, the public transport principal in Sandviken. In a collaboration between X-trafik, Linde and Hynion, the buses were refuelled in December to complete the initial testing. Hynion will continue to be responsible for refuelling when the buses go into regular traffic. For further information see the IDTechEx report on The Hydrogen Economy, Fuel Cells and Hydrogen Production Methods.
"We are pleased that Hynion is taking over the hydrogen station in Sandviken. Having competent and reliable players throughout the chain is crucial for the successful operation of our two hydrogen buses," says Fredrik Beckius, business manager Gävleborg and Hälsingland, Transdev Sverige AB.
To supply buses and cars in Sandviken with hydrogen, Hynion is taking over the hydrogen filling station in Sandviken from Linde. The dialogue with Linde has been ongoing since Hynion took over the station at Arlanda this summer. Hynion is now taking over the operation and ownership of the station in Sandviken from February 1, 2022. Hynion is already planning for a permanent solution for refuelling of the buses. The first two, and after that more buses, can be refuelled regularly at the hydrogen filling station in Sandviken. The station is a public station open for anyone who passes by.
Sandviken has been at the forefront of using hydrogen cars, and companies in the city have driven hydrogen cars refuelling at the local station for several years.
"We are delighted with the functionality of the hydrogen cars. We are the first company in Sweden to open up for employees to have hydrogen cars as company cars. We look forward to a good collaboration with a committed station operator such as Hynion," says Johan Mildner, Country HR Coordinator Sweden Sandvik Group.
"We note that there is great interest in using hydrogen in Sandviken and that several players have already started using hydrogen cars. When the first buses come into operation, we see that Sandviken is a place where we can build up volumes at the station early. We will work actively with the local players to ensure a positive development for hydrogen as a fuel in the region," says Slavica Djuric, Managing Director of Hynion Sweden.
About Hynion
Hynion builds and operates hydrogen stations in and around the largest cities in Scandinavia. The company builds on experiences from the last 20 years, including world-leading projects such as HyNor, CUTE, Utsira wind/hydrogen, CEP Berlin, SHHP, NewBusFuel and H2ME, to name a few. The company's management also has extensive experience in establishing and operating start-up companies and years of experience in the automotive industry.
https://www.hynion.com
Source and top image: Hynion